Keating was a bicycle manufacturer in the USA, who first began manufacture in 1890.  The factory Keating built is known today as the Remington Rand building after its namesake typewriter manufacturer. It was one of the first factories in the country operated entirely on electricity, and there Keating built early electric automobiles and created one of the first motorcycles by putting a petrol motor into the frame of one of his bicycles. Keating’s first motorcycle was patented June 18, 1900. This patent was replicated later by Harley-Davidson and Indian. Keating would take both manufacturers to court for patent infringement, winning both settlements. 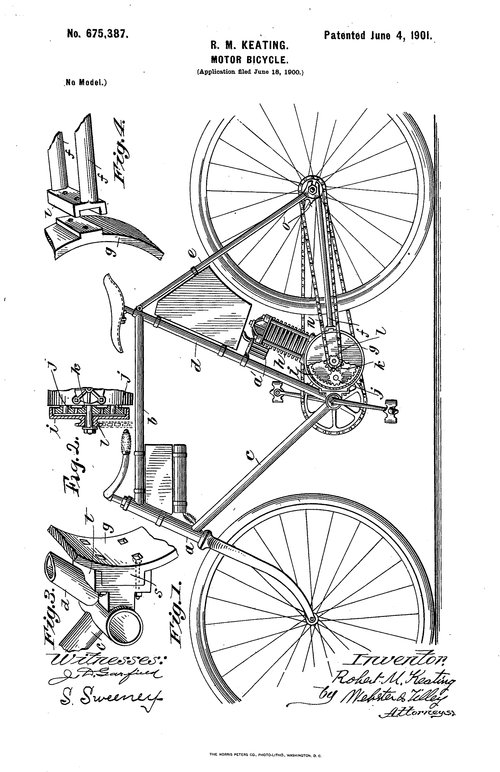