Juckes motorcycles were built by the Efficient Engineering Company, which was set up by T. C. Juckes.  The Efficient Engineering Company specialised in gearboxes, engines and electric lighting sets. The company was based in the East End Works in Bilston Road Wolverhampton. Mr. Juckes built his first motorcycle in 1902. Juckes built several motorcycles in 1907 using ACME V-twin engines and chain drive. In 1912 the company produced a 4hp water-cooled motorcycle engine, and a 4-speed gearbox for motorcycles. In 1913 and 1914 the Juckes 4-stroke, 4¼hp. big single engines (with overhead or side valves) were used by several leading motorcycle manufacturers.

In the early 1920s T. C. Juckes decided to produce a range of 2-stroke motorcycles at the works, all built to his own design. Many of the main components were also designed and built in house, including the engines, gearboxes, frames, petrol tanks etc. The engines were of an improved 3-port design, which used the Juckes patent double transfer passage and oiling system. In 1925 Juckes launched three high performance machines, the ‘G’, ‘G4’, and ‘GA’. The machines were powered by a Juckes 4-stroke, 347c.c. O.H.V. engine, with a 3 or 4-speed gearbox, mechanical and hand pump lubrication. Unfortunately in the latter half of 1925 the company found itself in deep financial difficulties, and was declared bankrupt. At the time of closure only 9 ‘GA’s had been built. The two-stroke machines sold quite well, around 683 were built. The company’s best year was 1923, when over 400 machines were produced. 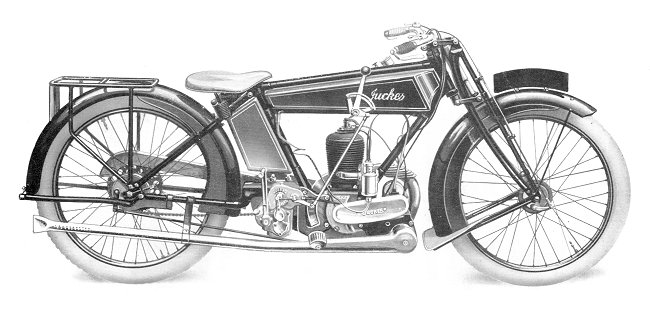 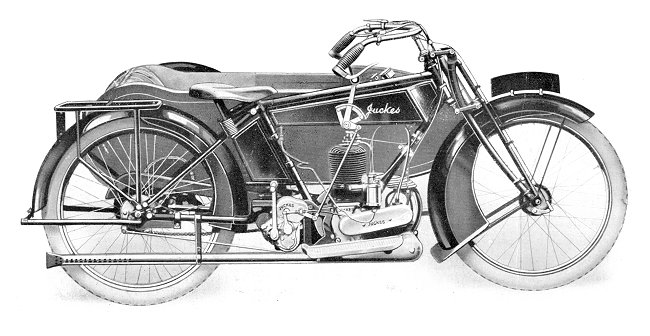 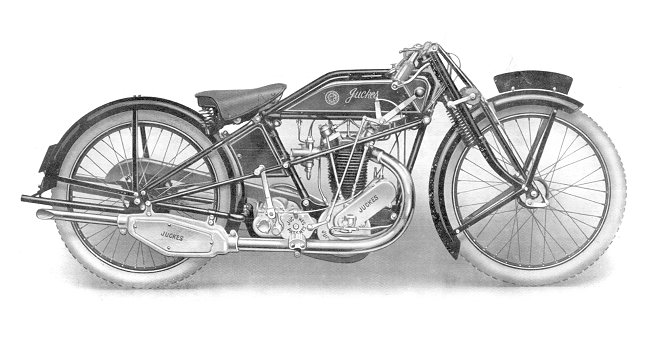 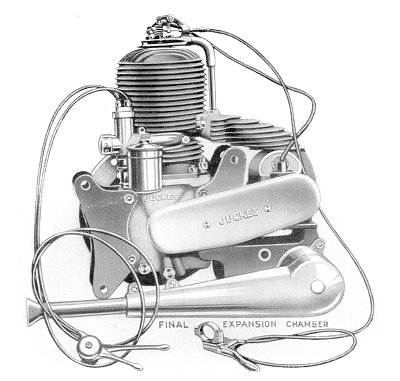