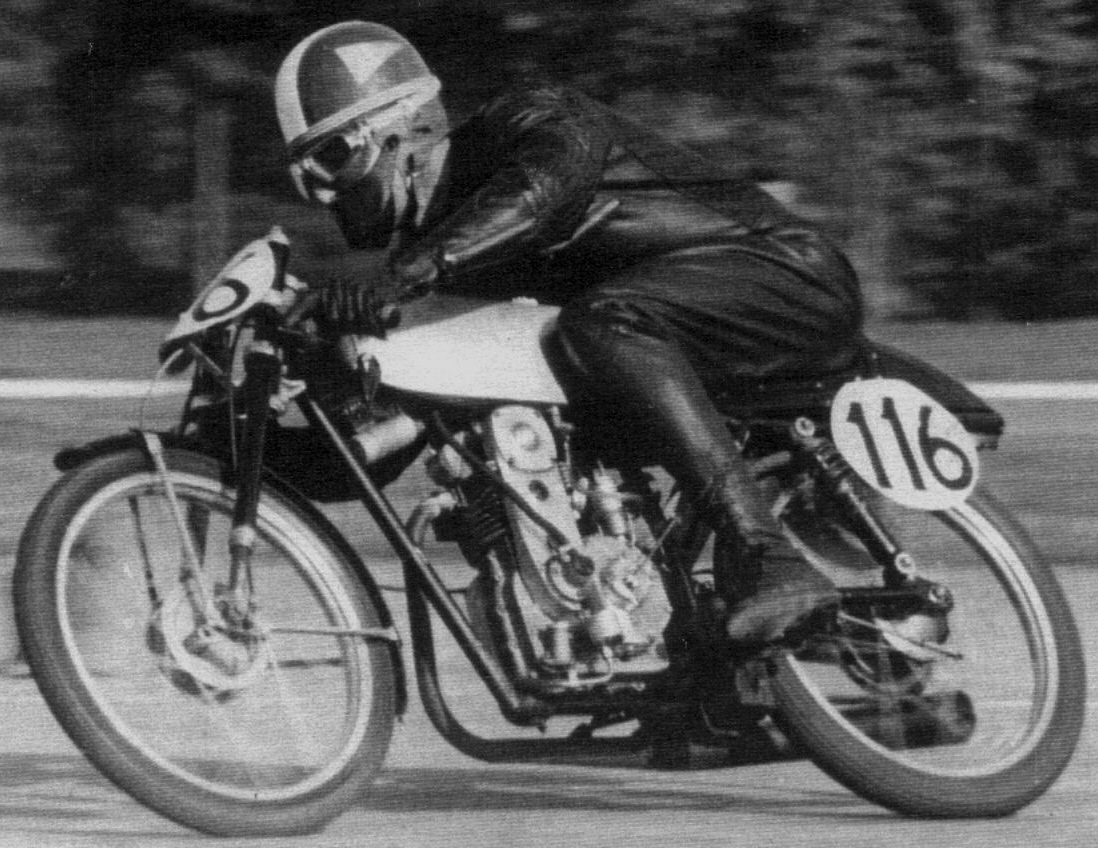 Tehuelche was an Argentine motorcycle that was presented to the public in March 1957, and produced only until the middle of 1964.  The “Tehuelche” was a source of great pride to Argentina, although it disappeared from the memory of following generations of Argentines.

Other attempts were made, mostly unsuccessful, to produce an Argentine motorcycle; however, the Tehuelche was the only motorcycle that was mass-produced continuously in its seven years of manufacturing in Argentina. This motorcycle had its own design and did not copy any other. It competed at a local level with other “Argentine” motorcycles, which were produced under license from European models and companies: the Puma Primera and Puma Segunda (from Guericke), the Zanella (from Ceccato), and the Gilera, among others. The Tehuelche distinguished itself not only by the characteristic sound of the gear train (SOHC engine), but also for its excellent performance in its racing career.

The creators, designers and manufacturers of the Tehuelche were Juan Raffaldi and Roberto Fattorini who arrived in Argentina from Italy in 1949, just after the Second World War. They came with a friend and a colleague, Carlo Preda, specifically for this project. Unlike many other immigrants from Italy, these men brought money and machinery with them to invest in the budding “Made in Argentina” industry, especially in the area of motorcycle manufacturing. They were encouraged by friends who were already established in the new country. During 1955, and after having worked on the design of a motorcycle that could be mass-produced, Raffaldi created a four-stroke engine of 50 cc displacement (single overhead camshaft- SOHC). This design was a little unusual for its time, because until then, it had been used primarily in racing motorcycles; further, it had no oil pump and it was made totally out of  aluminum. Soon this engine was ready to participate in regional races, and showed its prowess with the impressive results that it obtained.

With a few partners, Raffaldi and Fattorini started the task of mass producing a motorcycle with this brand new engine. For this purpose, they raised the engine capacity to 75 cc, with the purpose of entering a new market category. This first partnership barely lasted two years during which just over 1,200 motorcycles were produced. A new partnership, with the addition of other members, continued the production until the middle of 1964 by manufacturing approximately 3,500 motorcycles, bringing the total number of Tehuelches ever produced to almost 5,000. Of this total, no more than two hundred survived and about seventy are still functioning, making it a highly collectible motorcycle.

In the almost seven years of manufacture, some of the colors and the decals of the Tehuelche were changed. In 1962, two models were produced: the Sport and the Super Sport, the latter bearing a speedometer. In addition, since the second partnership had the rights to import the Legnano motorcycle  from Italy, a model of the Tehuelche was introduced that was called “Legnano”, with the motive of increasing sales. This model appeared on the market with a different gas tank and painted red and white. Finally, in 1964, toward the end of production, the camshaft that had been driven by gears was changed to a chain drive camshaft.

Many factors led to the end of the Tehuelche. On one hand, there was inflation; the cost of beef, for example, rose 250% in 1959. On the other hand, there was the instability of the government. The continuous change of government during those years did not ensure any kind of permanence. Tired of coping with these circumstances, Rafaldi and Fattorini decided to abandon the partnership. They established their own workshop dedicated to prepare the same engines for racing motorcycles, and to cater to their clientele generally. In that workshop, they manufactured the “tapa 100”, a cylinder head which was bigger in size than what had been available and with better cooling capacity. They also incorporated into the motorcycle an oil pump, chain distribution for the camshaft and other details that improved the performance of the Tehuelche. 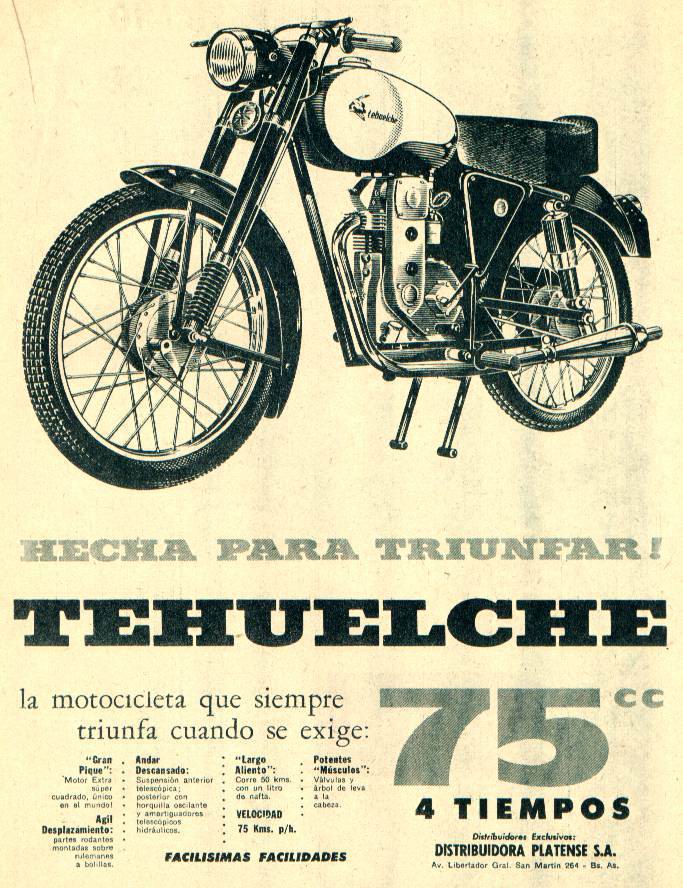